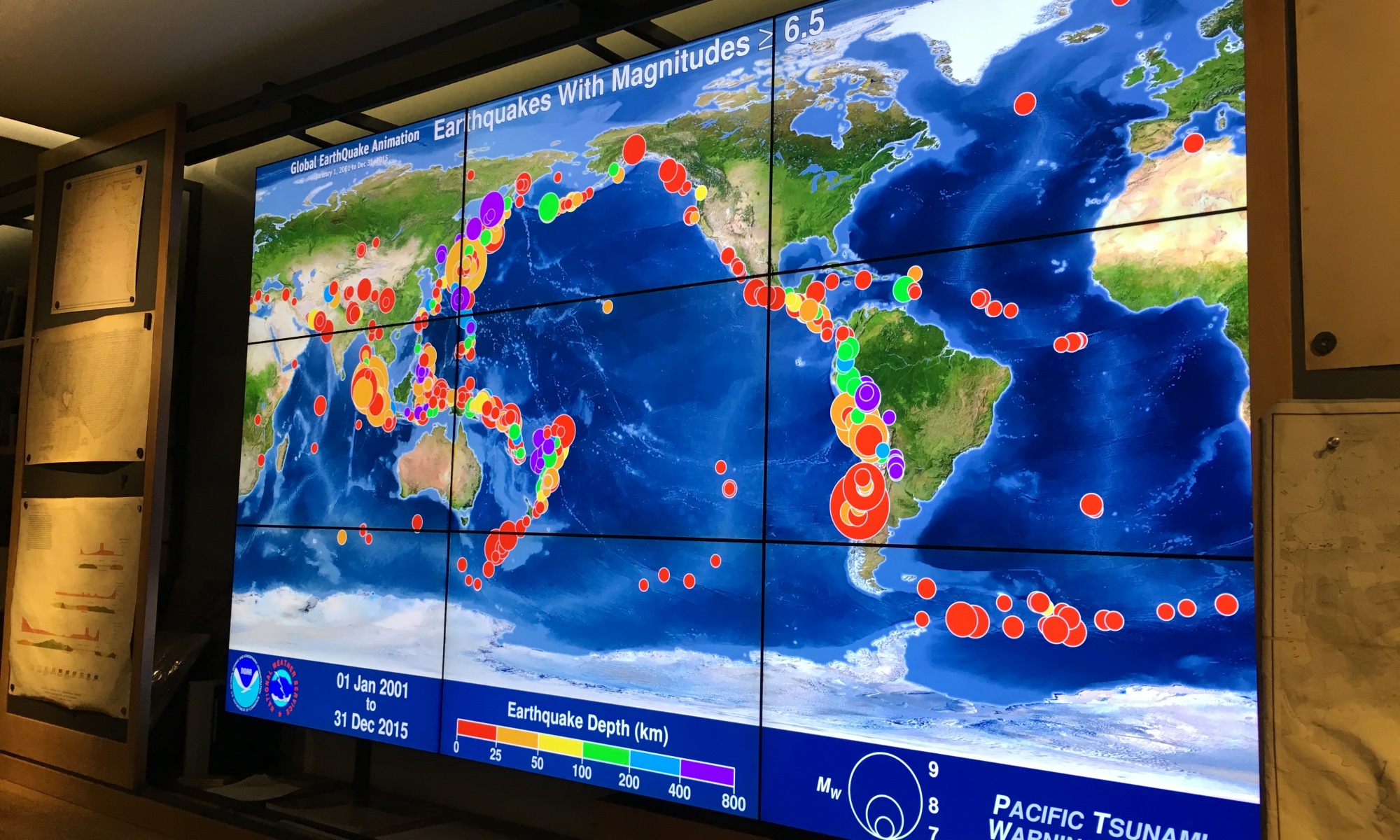 I’m a list maker. I make lists in notebooks, as text files, on the Notes app, on the backs of envelopes. Most of the lists are tasks. Trash, laundry, ironing, thank you notes, buy present for niece.

Some are for the store. Yeast, milk, juice, apples, oranges, curly pasta. I have lists of movies to see (Pirates of Somalia, Novine, Coco), books (The Welt, How the Hippies Saved Physics, Tribalism, Don Quixote), places to go (Walden Pond, Mt. Washington, Alaska), and names of cats, should I ever get another cat (Pitney Bowes, The Honorable Fluffy McFluffyface, Doug).

Another list I’ve been keeping is “fellowship stuff to blog about,” which still has a few outstanding items. (Incidentally, blogging about the fellowship has also been item on my task list. It’s like list Inception.)

So without further ado, here is a list-eliminating roundup of some of the outings I’ve had and have been meaning to write about, but haven’t done until now.

One of the final group activities of the fellowship was spending a day at the BioBuilder Learning Lab. Housed in central Cambridge at LabCentral (which, I learned, was once the home to Polaroid and where the first phone call — “Watson, come here!” — was made), BiolBuilder is a community lab that gives students and the public hands on access to synthetic biology.

As a sign of how quickly the field is evolving, when I was in high school, there was no synthetic biology — at least not any that was being taught to teenagers. But the Learning Lab brings in middle school students to do just that. During our day, we learned how to pipette and then were assigned a task: combine some E. coli and DNA to create a bacteria that turns purple.

The day also included a fairly contentious conversation about science journalism. Our hosts seemed annoyed that the public doesn’t fully understand and appreciate synthetic biology — and that journalists aren’t boosters of the field. The problem, as I see it, is that believers — in any area — don’t like to be challenged or questioned. And yet that’s the critical role journalism plays. So when you do question a believer, they see it as ignorant, harmful, or malicious. So, that was awkward.

Back in the lab, though, we left the debate behind and teamed up with our lab partners. Following detailed instructions — a little DNA here, a little reagent there — we had created purple bacteria. To be honest, I’m still a little fuzzy on some of the biological process details, but it was fun spending time in the lab.

At the end of October last year, I and several other fellows headed to San Francisco for the World Conference of Science Journalists. Like other conferences, it had its fair share of panel discussions and hallway chitchats. But there were several parts of the conference that are worth highlighting.

Not far from MIT sits a college that is both surprisingly similar and stunningly different. Like MIT, Olin College is a private Massachusetts college focused on engineering. But it is less than 20 years old and has a remarkably different approach. Adjacent to Babson College in Needham, Mass., it has no tenured faculty and no departments, instead relying on an integrated approach where students collaborate on projects.

Indicative of its unusual approach is it admissions process, which includes a “Candidates’ Weekend” where all applicants who make it through the first round are brought to campus to work on a group project. This allows the college to see if the students really do have the collaborative spirit it seeks. By the way, that’s how professors are hired, too.

One of the fellows’s sons was a freshman at Olin during the year, so several of us ventured out to visit him and the campus. We saw groups of students working in studios along side all manner of machinery and tools. They had laser cutters, CNC machines, drill presses, lathes — you name it. And what were they making with these tools? You name it. Some students were building new remote-controlled planes. Others were making toys in a design class. My colleague’s son had learned how to make chainmail, a skill he put to use in the creation of a chainmail bikini for a classmate.

If that doesn’t give you enough of a sense of the place, maybe this will. Set up on the main quad of the small campus was a bouncy castle alongside a poster explaining its meaning. When the college was first opened in 2002, students were so overwhelmed that the faculty decided they needed a break. They declared a “no homework” weekend and set up a bouncy castle to let students relieve their stress. It still works.

During my first cybersecurity class, the professor promised a fun excursion to the IBM Cyber Range. I wasn’t sure what this was, but figured it was the location where IBM watched all internet traffic to detect malfeasance online. I couldn’t imagine why this would be fun, although it certainly sounded interesting.

Not surprisingly, IBM’s Cambridge office is a gleaming building with an airy atrium and strict security protocols. Once inside, we were lead to a large, windowless room. Four rows of NASA Mission Control-style desks arced before enormous screens. Dozens of telephones and new iMacs sat on the desks. We sat.

Imagine a cop who went to business school and you have the IBMer who commanded our attention. He explained that the Cyber Range is a training facility where once or twice a day people come to train on how to respond to cyber attacks. More than 1,400 people have been through the range, he said, including first responders, people from business, and even elected officials. As he explained the purpose of the range, he used an oversized pointer to fling windows across the 30-foot screen in front of us and on to the 20-foot screen behind us. If nothing else, it was a tremendous display of technological overkill.

The IBMer started to prepare us. We’re a hospital, he said. An international conglomerate. He cleaved the students into teams: PR, legal, IT, etc. We’d better be ready. Then a phone rang. A student answered and we heard the call over the speaker. It was a “reporter” who wanted to know about an incident he had just heard about. Then more phones rang. We were under attack. My phone rang. An elevators were stuck. What should we do? Patients were trapped. Our Twitter feed had been hacked and our stocks were plummeting. A trapped patient died!

As the exercise wore on, two students were randomly escorted out of the room. Soon the big screen in front of us lit up. They had been deputized as spokespeople for the hospital and were now “on” a cable news show. IBMers acting as news anchors bore in. “Why was this happening? Why wasn’t the hospital prepared??” The newly minted spokespeople responded clearly, articulately and with conviction. Oh how glad I was that I hadn’t been chosen for that task.

Once the exercise ended, the bizcop explained how IBM could help governments and businesses prepare for attacks. It could use Watson to help people make better decisions and respond more quickly. Contingency plans could be made and processes worked out in advance. Finally I understood what the Cyber Range was for. Training exercises, yes. But really it’s a sales job.

Even so, Schneier was right. It was a fun day at the range, even if I did screw up and let a trapped patient die in a stuck elevator. Oops.

One of the best ways to learn is to experience something for yourself. That’s the idea behind the Climate Interactive’s World Climate Simulation. It’s a brilliant idea. Bring a group of people together and have them assume the roles of climate negotiators.

The groups of nations were assigned several points on which to negotiate. How much would each group cut emissions? By when would they cut them? And who would get compensated for the effects of climate change?

As we came to agreements, the facilitator gave us bad news. Our agreements on cutting emissions would not be sufficient. If we were to keep global warming to less than 2 degree celsius by 2050, we would have to do better.

In the end, we discovered, the only way to achieve that goal is for the world to, more or less, stop emitting carbon almost immediately. It was a stark reminder of the daunting task ahead of us, and the low likelihood that we’ll meet our goals.

Then again, maybe it’s not the biggest concern. As one of the other fellows was fond of saying, there are a lot of ways we’ll wipe ourselves out before climate change gets the chance. You can always count on journalists for the optimistic outlook.