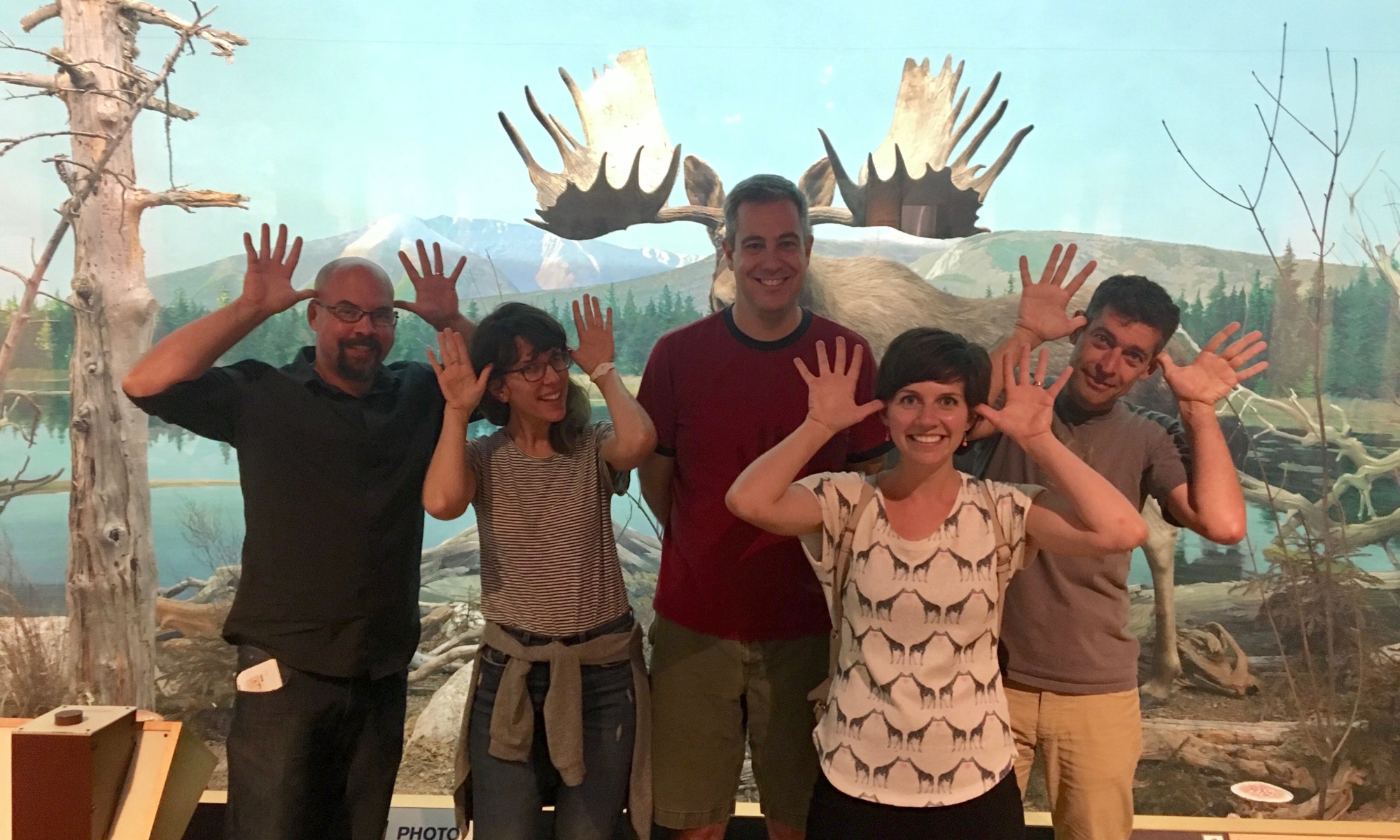 Our first week featured a number of off-campus outings. The first was just a few blocks away at the MIT Museum — a fantastic collection of machinery, sculpture, photography, and archival material detailing the work of MIT students and professors.

And then, hiding in one corner, almost as if it is embarrassed to be there, is an early example of a robot best known for the millions of page views it and its progeny have garnered on YouTube. If you haven’t seen these videos, you must. But if you can’t sleep afterwards, don’t blame me.

The future is already here. The only question is whether we’re all going to be unemployed or fighting robot armies. Or both.

Moving on. Past the robotics area is a particularly fun section of the museum, which features what I’ll call “living sculptures.” These animated pieces of art are beautiful in their simplicity, their elegance, and their motion. In one, the wishbone of a chicken appears to be hauling a Ferris Wheel. In another, a chair explodes and comes back together. And in still another, blue socks appear to have taken on worm-like mobility. Nearly all require physically engaging with the art as you also connect with it on an emotional level.

Eventually our group made its way to the archival area, where we pored over 500-year-old maps from Europe. Many regions of North America were labeled “Beware! Parts unknown.” Some things never change.

The archives also featured hundreds of incredible models of ship designs — some built, some not. Intended as design prototypes, they are themselves works of art. Some run two or three feet long and are as lovingly crafted as any museum sculpture. All just sitting on metal shelves.

The trip concluded with a visit to “Boston’s best ice cream.” Toscanini’s, which I’ve since passed dozens of times, appears never has fewer than 20 people standing in line at any given time. I suspect it’s profitable. And it is awfully good.

Our day was done, but not our week. The following day, Friday, we ventured to Boston’s Museum of Science. With summer winding down and area parents looking for ways to keep their kids from driving them into murderous rage, the place was packed with families and camp outings.

It is, to be fair, a very cool museum. Tons of hands-on activities and experiments engage kids and adults. The fact that the place was filled with curious and engaged people offers some hope that maybe, just maybe, there are enough people who understand and appreciate science that we won’t — ha. Right.

Anyway, our program’s amazing coordinator arranged for a scavenger hunt in the museum. Through Watson Adventures (free plug!), we broke up into three teams and used our iPhones to answer a series of challenges by scouring the museum. It was similar to the birthday parties I had arranged for my daughter (Sammy’s Amazing Race, anyone?), but this time, serious science bragging rights were on the line.

My team started out fast. We nailed question after question and were on a roll. Then we hit a speed bump. (I’m not allowed to say what the questions were, but suffice it to say, they required paying close attention to the exhibits.) Uh oh, a missed question. Could we rebound?

Then another roll. Three perfect answers in a row. Then four. Five. Seven. Uh oh, a hard question — going to have to guess. Yes! Got it. We were amazing. We hit the lightning round and became the first-ever team (according to our game master) to get all the answers right. This was in the bag.

Time for the bonus photo.

Then, just as we were near the end — and well ahead of schedule — a question we couldn’t answer. Goose egg. But surely we were up.

As we waited in the atrium for the other teams to arrive, the game master counted up our score. “Wow! You got 151. That’s the highest score I’ve ever seen,” she said. We high-fives and strutted. We had this.

The other teams came back. They looked frazzled. Confused. The game master took their scores and called us to attention. “And the winner, with 155 points…” Aw fuck it. Who wanted those silly medal anyway. (Yes, there were medals.)

Regardless of the outcome (there was some consideration to lodging an official protest, demanding replays, and even hiring outside counsel to review the rules and procedures), it was time for us all to celebrate. We retired to a hip restaurant and gorged on cheese, pizza and wine.

Week one was over. The adventure was just beginning.