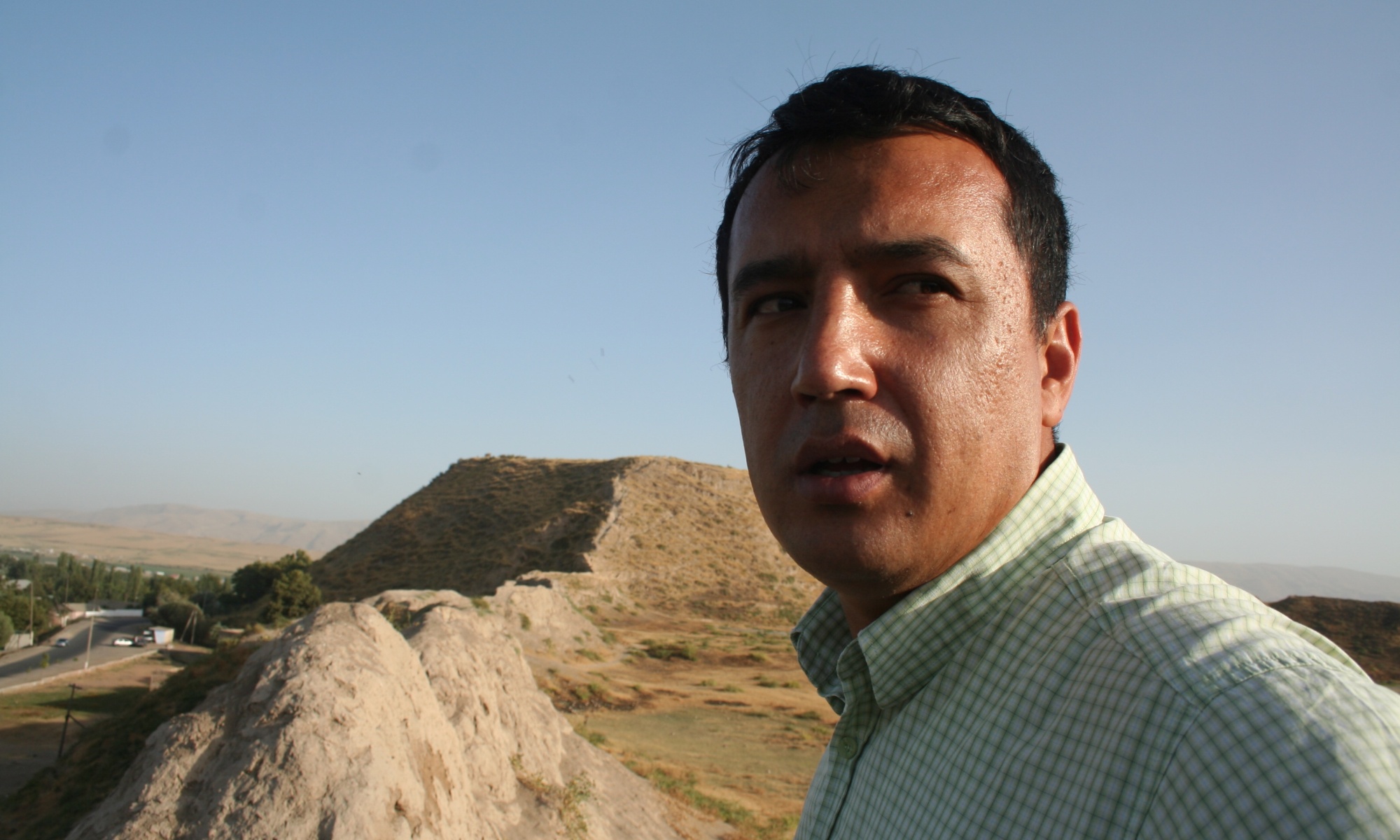 Yesterday I witnessed my first bribe.

It was in the early evening and my chaperone, Vadim, and I were returning from a lovely dinner at an outdoor cafe situated high in the hills overlooking little Dushanbe. As we wound our way back through the small city, Vadim was busy navigating the Byzantine network of roads leading back to my hotel. We took a left onto the main boulevard — a beautiful tree-lined street with a lush green canopy — when he suddenly pulled over and hopped out.

Confused, I watch Vadim approach a red sedan that had pulled in front of us. The driver got out and only then did I realize it was the police (the car looked like any typical sedan you’d pick up at a used car lot). Vadim came back to the car muttering about something, grabbed some documents and headed back to the cops. He leaned in the window and shook hands with the officer in the passenger side. Tucked into his palm was a folded somoni bill. A moment later Vadim returned to the car and looked at me apologetically. “Police,” he said somewhat sheepishly.

The next day while eating lunch with Vadim he said, “I’m sorry about yesterday. I don’t know if you noticed, but I actually paid that policeman a bribe.” I said I did, but it didn’t matter to me. “This city is crazy. I’ve only been driving for six months and I didn’t know you couldn’t turn left there,” he explained. “The police said, ‘Oh, you did a very bad thing. We’re going to have to take your license. You’ll have to go to court and pay 150 somoni.'” Vadim looked up, “So I said, ‘How about I just give you this 20 somoni now?’ They said ok and that was that. But I was up all night. I couldn’t sleep.” I nodded understandingly. “Not about the bribe,” he added. “About the turn. How was I supposed to know? There was a tree blocking the sign!”

The bribe was laughably small… less than $5 U.S. Equally laughable was the idea that Vadim broke a traffic law, because as far as I can tell, there are no traffic laws. Cars weave in and out of traffic. They speed into oncoming lanes, swerve around the many potholes, run red lights and generally behave like a school of fish all trying to swim away from a hungry shark. Not surprisingly, there are no female drivers. Quite surprisingly, few cars appear to have been damaged in car accidents, a phenomenon that eludes my understanding.

Indeed, as Vadim put it to me, “Every day I feel like this might be my last day,” in describing the traffic in Dushanbe.

Meanwhile, Tajiks appear to have an allergy to sidewalks. Instead, they wander up and down the roads, paying little or no attention to the cars zipping past them at astonishing speeds and little margin for error.

Many of those walking down the streets are women dressed in traditional full-length outfits. They are brightly colored and feature intricate patterns. The men, on the other hand, seem to mostly favor skinny suits, like those the Beatles wore in the early ’60s.

Fashion isn’t the only area where one sees cultural juxtapositions. In many areas, Dushanbe seems to be a city of conflicting and merging cultures. Having recently celebrated 20 years of independence from Soviet rule, the entire country is still finding its identity. Russian is the primary language, but Tajik is making a comeback after being suppressed by the Soviets. Interestingly, Tajik is a Persian-based language, but uses the cyrillic alphabet. Most of the people I meet, it turns out, speak several languages; usually Russian and Tajik. I wouldn’t be surprised if new language is actually forming here, perhaps a hybrid of Tajik and Russian, influenced by Farsi, Arabic Uzbek, Turkish and even some English.

But this change doesn’t seem to faze people. As my translator and I sat discussing all that’s happened in Tajikistan over the last 50 years – Soviet rule and the subsequent collapse, the civil war of the 1990s and the tough economic times of today, she said with a smile, “But, we have a saying: At least there’s no war.”

Except in the streets. Just bring some cash for a bribe.